* Peaceful & Tranquil
Nestled high on the northern slopes of the Magaliesberg amidst peaceful and tranquil surroundings which offers stunning views and an unsurpassed setting of natural beauty and elegance - an oasis of peace and serenity in the city.
* Historic
The rustic charm of our historic mansion offers a world of luxury surrounded by natural beauty, our almost 2 hectares of lush sub-tropical gardens with lovely palm trees, cycads and various ferns, various terraces offer beautiful view.
* Sunrise or sunset
Our views are the perfect companion for a sun downer or a night cap. Enjoy our breathtaking African sunrise or sunsets
* The Place to...
You are sure to have a memorable stay!

What makes this hotel special?

The setting combined with the services provided and the amenities.

What makes the destination worth visiting?

General Information
The City of Tshwane is the second largest municipality in Gauteng and is among the six biggest metropolitan municipalities in South Africa. The following towns and townships form part of the Municipality's area: Pretoria, Centurion, Akasia, Soshanguve, Mabopane, Atteridgeville, Ga-Rankuwa, Winterveld, Hammanskraal, Temba, Pienaarsrivier, Crocodile River and Mamelodi.

Tshwane's inner city is about a 50 km drive from Johannesburg's city centre and the same distance from the OR Tambo International Airport.

Pretoria, as one component of Tshwane, is the administrative capital of South Africa and houses the Union Buildings.

Government plays an important role in Tshwane's economy, but there are many other sectors that are doing extremely well. In fact, the city has adapted to globalisation remarkably well and has all the elements of a smart city. Tshwane is in the process of positioning itself as Africa's leading capital city of excellence.

is the centre of government with all the national government departments being located here;
forms part of the Gauteng global region, the wealthiest and fasted growing economic region on the African continent;
houses the embassies of all the countries of the world;
has a population of two million people and the highest level of education in the country; and
is a national centre of research and learning with four universities and seven of the eight national science councils, ie the CSIR (Council for Scientific and Industrial Research), the HSRC (Human Sciences Research Council), the ARC (Agricultural Research Council), the NRF (National Research Foundation), the MRI (Medical Research Institute), the VRI (Veterinary Research Institute) and the SABS (South African Bureau of Standards).

These assets are being used to speed up the city's economic development. One of the initiatives that are having a positive impact is the Innovation Hub. The Hub contributes to the city's positioning of itself as a "knowledge economy". It is South Africa's first internationally accredited science park. The Hub is located on a 60 ha site in the eastern suburbs of the city. It is strategically located between the CSIR and the University of Pretoria - allowing synergy between these institutions and the Hub.

The main economic sectors in the Municipality's area are community service followed by finance and manufacturing. The largest sub-sector within manufacturing is metal products, machinery and household appliances, followed by the manufacturing of transport equipment. All the major banks and financial services institutions have offices in Tshwane. Most of the commercial banks have foreign exchange departments. However, some major hotels also have exchange points at their reception desks.

The Gautrain Rapid Rail Link, the rail-bound mass transit system that is being constructed, will serve the Johannesburg-Tshwane corridor and provide a link between Sandton and the OR Tambo International Airport. Funded by the Gauteng provincial government and the private sector, three stations are being constructed in Tshwane (Centurion, Pretoria and Hatfield). The distance between Tshwane and Johannesburg will be covered in less than 35 minutes at a speed of 160 km/h. This project is to be completed in 2011.

The Municipality is also playing a critical role in enhancing Tshwane as a smart city by providing the infrastructure required, particularly with regard to connectivity and communication. The Municipality manages a vast electricity grid and an information and communication technology network infrastructure. This technology can be applied to render additional communication services. It will generate revenue for the Municipality, and at the same time bring about many cost savings for business; it will also support the quest for bridging the digital divide in Tshwane in general.

Tshwane is steeped in a rich cultural heritage intertwined with the South African history. For many turbulent decades, Tshwane has played a key role in the political history of South Africa. It was appropriate, therefore, that the liberation struggle culminated in the birth of our democracy at the Union Buildings. The eyes of an ecstatic world were on the city on 10 May 1994 when the people's president, Nelson Mandela, was inaugurated as South Africa's first democratically elected president.

Tshwane is promoted as the City of Champions. Yes it is true! Tshwane is not only home to Mamelodi Sundowns, the only soccer team of any country that could win the national title three times in a row, but it is also home to SuperSport United, the defending and reigning Premier Soccer League champion. And who would forget the Blue Bulls' decisive victory of 61-17 over the Chiefs of New Zealand earlier this year at Loftus Versfeld to clinch the Super 14 rugby title.

Who is the typical guest at this hotel? 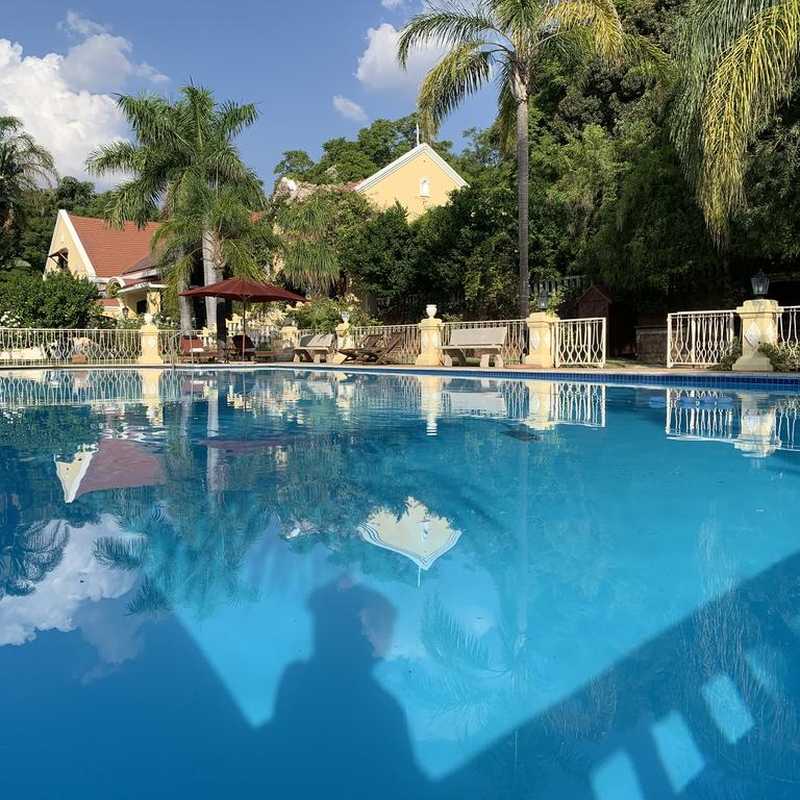